Why is Too Much Salt Bad For You?

Trim Down Club > Uncategorized > Evil Foods > Why is Too Much Salt Bad For You?

You hear all the time that we as a society eat far too much sodium in our diets. You may wonder what the big deal is and why too much sodium can possibly be bad for you. Though you always hear you should reduce your sodium intake, it helps to know exactly why that is.

Total Shares 0
Be the first to share this article!
TrimDownClub, Mar 11, 2014

The truth is that there are some undesirable short term consequences just as much as the long term drawbacks. You can see the results in the short term by having just one meal that contains too much sodium. In addition the long term health problems are probably more than you bargained for. So the next time you pick up that salt shaker think about the implications of adding too much sodium to your food.

You Retain Water and Get Bloated


Your body does need a certain level of sodium to function properly, that much is true. However when you get too much salt into the body things start to freak out a bit. Have you ever had a meal that was loaded with salt and then felt completely bloated afterwards? It’s not just your imagination as that really does happen when too much sodium enters the system. 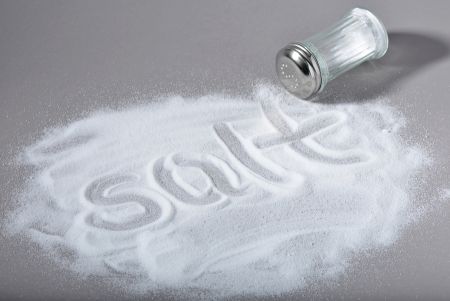 Your body can’t deal with the excess salt and so to compensate it tends to overcompensate by pulling in more water. The more salt that you eat the more water that you retain to deal with this substance being present. The short term and very noticeable result is that you feel bloated. You notice this in belly fat and may even notice because your clothes feel tighter than they did before the excess salt consumption. This is only the short term result!

Sodium attracts water and that’s why your body reacts by retaining it. The bigger problem however is that when the sodium attracts water that leads to an increased blood volume. Your body retains water, your blood volume increases, and this isn’t good at all. This not only means water retention in the form of bloating but also blood that is not operating at optimal levels.
Since the blood is watered down so to speak you will also find that this is taxing on the organs. When the blood is not in the form that it should be, this leads to the heart having to work harder to support this activity. This means increased blood pressure which is a known condition for a diet too high in sodium. Then it all boils down to the long term health issues, as if the shorter term ones aren’t bad enough!

You Are Putting Yourself at Risk of Developing Certain Health Conditions


The most notable problem with too much sodium in the diet is hypertension, or high blood pressure. This is often a condition that doesn’t develop until later on in your life and is associated with prolonged and excess sodium consumption. It gets even worse though because if you keep up with that increased sodium consumption you put yourself at risk for far worse such as heart disease, kidney failure, stroke, and even congestive heart failure.
Granted these more serious conditions don’t usually occur until later on in life. However knowing that these are possibilities should most certainly force you to take a long hard look at what you are eating. Too much sodium doesn’t just hurt you in the short term, but it also puts your health at great risk later on as well. Put down the salt shaker, turn to other herbs for seasoning, and learn how to balance out sodium consumption to a healthy level for now and the future.

Learn about 5 other foods that are keeping you from losing weight and harming your health.