Benefits of a Vegan Diet

Trim Down Club > Uncategorized > Lifestyle > Benefits of a Vegan Diet

Recent studies prove that a vegan diet not only includes all the essential elements our bodies need such as iron, vitamins, and fiber, but also has the power to prevent serious diseases such as cancer and diabetes and manage obesity, cholesterol and high blood pressure.

Total Shares 0
Be the first to share this article!
TrimDownClub, Apr 24, 2014

Plant-based diets, both vegetarian and especially vegan, are increasing in popularity. There are numerous reasons for the rise in interest. These diets not only help you stay slim (vegetarians tend to have a low body mass index, or BMI), but may also prevent various life-threatening illnesses. A scientific study published in 2014 found that a plant-based vegan diet was associated with a lower death rate from chronic diseases compared to a meat-inclusive diet, while multiple earlier studies have found additional benefits.

According to the Academy of Nutrient and Dietetics (AND), formerly the American Dietetic Association, vegetarian or vegan diets when planned appropriately are not only healthful and adequate nutritionally, but also prevent and help in the treatment of certain diseases. The AND concludes that these diets are suitable for people during all stages of their life, including infancy, pregnancy, lactation, childhood and adolescence, and even for athletes. 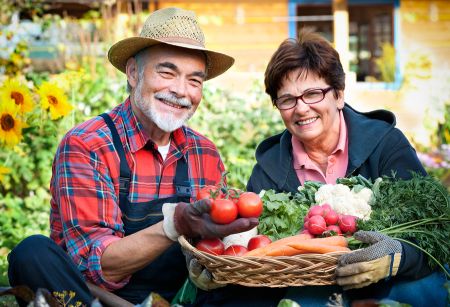 According to the AND, there are numerous health advantages associated with vegan or vegetarian diets, such as they may help in lowering the risk of heart disease. Animal-based foods are the main sources of certain detrimental saturated fats in the diet, which have been linked to negative health effects, such as hardening of the arteries and high blood fats known to strain the circulatory system and heart. Moreover, the only source of cholesterol in your diet is animal food, and not only are some people sensitive to this, but it can attract free radicals, which further increase the risk. Vegan diets are not only free from cholesterol and low in the undesirable types of saturated fats, but they provide more beneficial types of unsaturated fats, soluble and insoluble fiber, and antioxidants to fight free radicals, and thus have been successfully applied even in heart disease risk “reversal” treatment programs, in addition to other treatment programs for myriad ailments.

High blood pressure or hypertension is promoted by eating a diet very high in salt, cholesterol and ‘bad’ fats, and often low in fruits and vegetables, and is common in overweight and obese individuals. Plant-based diets tend to be low in low in undesirable components and high in the beneficial minerals found in produce, and are associated with healthier weights. Eating a vegetarian diet rich in fresh fruits and vegetables, whole grains and legumes has been associated in research studies with lower incidence of high blood pressure, as well as with reduction in blood pressure people already suffering from high levels.

According to studies, eating a vegan diet helps in preventing the development of type 2 diabetes. It may also help in reversing the disease in patients who already have it. An extensive review performed by the Physicians Committee for Responsible Medicine (PCRM) concluded that a diet based on plant foods was associated with lower risk of type 2 diabetes compared to the diet recommended by the American Diabetes Association (ADA).

A well-balanced vegan diet is shown to prevent the occurrence of various types of cancer, including breast, prostate, and colon. A study published in the journal Urology in December 2008, stated that males who were diagnosed with early-stage prostate cancer were successful in avoiding or delay conventional prostate cancer treatment by eating a low fat plant based diet, engaging in regular exercise, and decreasing their levels of stress.

How to manage a vegan diet responsibly

Research suggests some of the benefits of a plant-based diet are dependent on ensuring all nutritional requirements are met. Though it technically has nearly all the essential components, certain nutrients can present a challenge.

The nutrients that must be followed in particular include the following:

In most healthy people following a vegan diet, including athletes, protein is not a concern.  Part of this is because requirements are actually quite low relative to energy intake – much lower than is generally perceived. It should be noted that most published recommendations include a significant safety factor. Additionally, historical concerns about combining plant proteins to match the quality of animal proteins have since been put to rest, with more recent recommendations noting that adequate overall intake of a balanced and varied diet generally insures adequate intake of all essential protein components.

If you want to live a healthy and disease-free life, going vegan may be an important step!

You can customize the Trim Down Club to work for you even if you are a vegan. With the Menu Planner app you can choose your favorite vegan-friendly foods and get a delicious new meal plan each week.

Learn more about the Trim Down Club here.