What About Non-Dairy Milks?

Trim Down Club > Uncategorized > Lifestyle > What About Non-Dairy Milks?

Milk used to be relatively straightforward ever since humans started to domesticate animals some 8,000 to 10,000 or so years ago: the cow, sheep, goat, or even camel, was milked and the milk consumed fresh (i.e. without pasteurization or homogenization) or fermented. Early in the common era, a milk-like soy product started to be produced in the Far East, followed several hundred years later by an almond-based version in the Middle East. In modern times, it’s quite different: in addition to the seemingly endless different types of dairy milks on the mainstream and farmer’s markets, there are a plethora of non-dairy milk-like beverages, a.k.a. ‘milks’ – although they’re not technically milk.

Total Shares 0
Be the first to share this article!
TrimDownClub, Sep 17, 2013 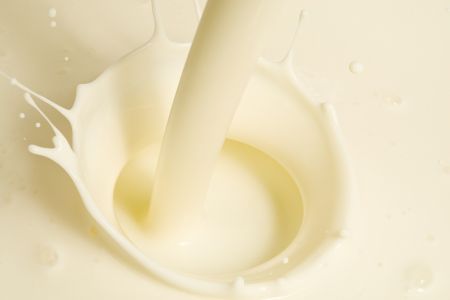 What are non-dairy beverages?

Non-dairy beverages are beverages made from plants. Various seeds, grains, legumes or nuts are blended with water, strained and may or may not be sweetened, flavored, and/or fortified or enriched with vitamins and minerals. While the list continues to grow, non-dairy beverages currently marketed are made from any or a combination of the following:

Non-dairy beverages are often used when a person does not drink dairy milk or consume dairy products for various reasons such as milk allergy, lactose intolerance, or other health or ethical concerns.

How do non-dairy beverages compare to cow’s milk?

While non-dairy beverages can often easily substitute for milk from a culinary point of view – using them on cereal, in soups, for baking or as a base for smoothies, for example – they can vary greatly in their nutritional content, which can affect cooking properties. Only soy milk has amounts of protein similar to dairy milk; in that sense, a swap can be made in recipes requiring the properties of protein, in i.e. curdling.

If substituting dairy for non-dairy milk, it’s important to become label-savvy to see if the beverage of choice has similar amounts of nutrients for which most people count on milk – not only protein, but also calcium, zinc, and vitamins A, D, and B12. Some brands go even further with fortification, and add magnesium, iron, and a smattering of B-vitamins such as B1, B2, B3, B5, and folate. The following are key nutrients of focus:

The protein content and quality of non-dairy beverages varies widely, ranging from 0 to 8 g per 8 fluid ounce, or 240 ml, serving. If you relied on milk as a source of protein and want to switch to a plant-based beverage as a substitute, choose organic soy (up to 8 g per serving) or certain hemp or oat beverages (up to 4-5 g protein per serving) as your replacement. Most of the other varieties have anywhere from 0 g to 2 g per serving.

The amount of calcium found in an 8 ounce/240 ml serving of fortified non-dairy beverages is about the same as milk, 30% to 35% of the average daily requirement. Non-fortified beverages have little-to-no calcium.  Because the calcium from fortified non-dairy beverages is absorbed quite well, these beverages are considered to be good sources. Be sure to check the type of calcium used: calcium carbonate, which is typically used, is absorbed well, whereas tri-calcium phosphate may not be.

Tip: Shake your beverage well before your pour it; otherwise, the added calcium (a powder that is added to the beverage) will settle on the bottom of the container and will not be distributed – and possibly not consumed.

There are usually about 90 IU/2.25 mcg of vitamin D2 (the vegan form of vitamin D) per 8 ounce/240 ml serving of fortified beverages. The consensus is that vitamin D2 is not as potent as the vitamin D3 that is added to dairy milk. D3 is also the form of vitamin D found in fish, and which is produced in our skin when we’re exposed to sunlight. Regardless, getting some vitamin D2 is better than not getting any, and if needed, additional plant-based vitamin D (either as D2 or as vegan-‘grown’ D3) can be taken as a supplement.

An 8 ounce/240 ml serving of cow’s milk has about 12-13 grams of natural sugar from lactose. All non-dairy beverages are lactose-free, but the amount of sugar can vary – sometimes greater than the amount in dairy milk, sometimes notably less, i.e. in unflavored soy, coconut, and almond beverages. However, flavored non-dairy beverages will contain added sugar to enhance the flavors, and even some unflavored beverages have certain preparation methods that may result in some brands containing almost twice the sugar of cow’s milk – so be sure to read the labels when making a choice.  To cut back on sugar, opt for the ‘original,’ ‘unsweetened’, or ‘plain’ flavor, rather than sweetened flavored varieties.

Beyond sugar, a major carbohydrate advantage of non-dairy over dairy beverages is the fiber content – usually about 1 g per serving, compared to none in dairy.

The fat content even of common store-bought non-dairy beverages tends to include more ‘good’ fats compared to most store-bought cow’s milk, including omega-3s and omega-9s vs. homogenized saturated fats. Further, most non-dairy beverages contain no cholesterol, and are naturally lower in total fat than dairy milk, other than coconut (even most ‘light’ versions have more fat) and regular soy milks (similar to cow’s milk). This means that that there is less concern about processing to remove fat and add compensatory coloring and texturing agents, which itself has been associated with health risks.

Because they are based on plants, non-dairy beverages are sources of ‘phytochemicals,’ or nutrient-like substances suggested in research to lend various health benefits.

Non-dairy beverages can easily be part of a healthy diet and can substitute for cow or goat’s milk in many ways. If getting enough protein is a concern, be sure to use 100% organic, non-GMO soy beverage, which has a protein content similar to dairy milk. When choosing any non-dairy beverage, make sure that it is ‘fortified’ or ‘enriched,’ but keep in mind that not all fortified versions have the same amounts of individual nutrients; check the ingredient list and the label. If it’s not fortified, it is not as nutritious. It will be mostly water, starch, with possibly added sugar, if it’s a flavored version. Vegans would be wise to choose fortified versions since they can be good sources of vitamin B12.