One of the biggest challenges that people who are trying to lose weight encounter is hunger. With a focus on eating less, people naturally will eat smaller portions of everyday foods. While there is some logic to that, it’s also important to note that simply restricting food intake can have some unintended consequences such as feeling deprived; ever encountered the feeling of dissatisfaction after eating a small meal like one piece of toast and an egg? This kind of eating doesn’t have staying power; you’ll be hungry fairly quickly again.

Total Shares 0
Be the first to share this article!
TrimDownClub, Aug 08, 2013

Also, eating a small volume of food won’t increase satiety the way eating larger amounts of bulkier, ‘high volume’ food can because the signals that are normally sent to the brain to say ‘stop eating, I’ve had enough’ aren’t strong enough. 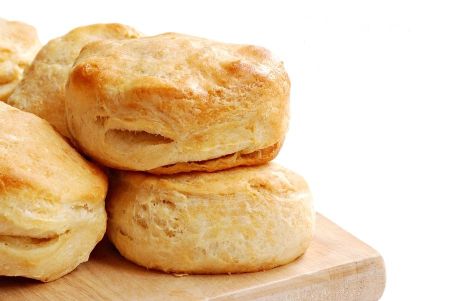 This goes for highly processed and fast foods as well which tend to be highly refined and concentrated; foods that have a lot of calories and don’t require a lot of chewing because of something referred to as ‘particle size’. Whole food, even when properly chewed, will still have larger particles when swallowed and fills us up and promote satiety better than highly refined, processed foods. When we eat food, both our stomachs and gut are stretched somewhat, sending a signal, via neurotransmitters, that there’s enough food on board.

Eating foods that are loaded with nutrients and lower in calories, but bulkier, which also help to keep us feeling full longer, are the key to building meals that help to keep us satisfied while keeping hunger at bay. These qualities come down to these three variables: protein, fat and fiber.

Protein is a great ally for anyone who is trying to lose weight. Eating a protein-rich food at each meal and snack will give your body the building blocks to help maintain muscle especially if you’re engaged in some kind of physical activity. Protein also has the added benefit of helping you to fill satisfied after eating, more so than if you just ate a carbohydrate-rich meal. Comparing a breakfast of a bagel with jam versus one where there is added protein, like eggs, the protein-rich meal will help to keep hunger away longer. Protein also helps to increase the production of neurotransmitters, chemicals that help different parts of the body to communicate, which give a sense of contentment, and pleasure after eating.

Fat has gotten a bad rap over the past several decades. Eating fat was once thought to increase the risk for heart disease and poor health; we now know that this isn’t true. Fat quality is still an important consideration when it comes to overall health however. Including small amounts of added fat or including foods that have a little fat in them is another effective way at increasing satiety. Fat helps to slow down how quickly food leaves our stomachs and the rate of digestion; by doing so, can help to keep hunger in check in between meals.

Examples of healthy added fats include:

Fiber can be a great tool for your anti-hunger toolbox. Eating whole foods that are rich in fiber can help to fill you up; when eaten at the same meal with foods that supply protein and fat, fiber helps to slow down digestion resulting in a slower rise in blood sugar. As well, foods rich in fiber tend to be self-limiting meaning that it’s fairly difficult to over eat them. Try eating 8 medium apples in one sitting compared to eating a gourmet hamburger; both have about the same number of calories but it would be much harder to have to try and eat the apples. You’d be so full, it would be uncomfortable.

This is the strategy of eating higher fiber foods and eating to satiety, or a comfortable sense of fullness; your brain gets the signal that you’ve eaten enough without the obvious perception that you’ve restricted portions too much. Fiber-rich foods are found in the plant kingdom; emphasizing whole fruits, vegetables, whole grains and grain products is key. Your best partner are low-starch vegetables; too numerous to list but include things like broccoli, cauliflower, radish, onions, eggplant, asparagus, bean sprouts, Brussels sprouts, cucumber, peppers, chard, kale, mushrooms, zucchini, tomatoes, green beans, cabbage, turnip and even carrots, and beets. While carrots and beets do have more starch than the other examples, their high fiber and water content make them difficult to over eat.

A few example of high fiber foods include:

Check out the following examples of meals built on high volume eating which include foods rich in protein, fiber, and water with some added fat to help keep hunger in check.

To learn more about healthy meal planning with the Trim Down Club click here.