The Benefits of Practicing Yoga

The meaning of the word yoga is union, sharing and harmony. Uniting our body with ourselves as a whole – body and soul, breathing and consciousness.

Total Shares 0
Be the first to share this article!
TrimDownClub, Dec 01, 2013

Yoga isn’t based on religion. It is a technique to empower abilities and daily skills, based on an ancient tradition originating in India. It isn’t based on belief but on personal experience and experimentation.

The advantages of practicing yoga include flexibility, strengthening the body (the muscle tone, building a steady body), breathing wholly and correctly, managing stress, good blood flow, improving concentration, preventing back pains, contributing to the digestive system and much more.

Yoga has countless methods that in some cases have many differences and sometimes the methods are very similar, but the common denominator is the essence – the connection, the link between human and nature. This link is mostly expressed in the practice of yoga. 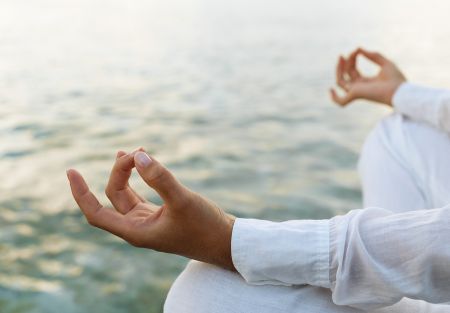 Every asana (position) in yoga has a name, usually in Sanskrit – an ancient Indian language, and some of the names originate from the flora and fauna. The name can sometimes convey the meaning of the position, like the tree position – Verksasana, can give a sense of stability and balance and looks like the form of a tree. The cat position – Biliksana, forms the shape of the cat’s ability to stretch and arch its back.

Examples and explanations for different positions:

The twisting positions help maintain a natural movement range for the spine, by cleaning the internal organs and stimulating circulation.

The “sun salutation” is a dynamic series of positions, that can be performed at a slow or fast pace, as a warm up, a separate exercise or between positions during the workout, to insert movement and fluidity.
The position works on all the body’s systems and combines working on equilibrium, standing positions, bending forwards and bending backwards. The sun salutation introduces awareness, breathing and movement. A few rounds of the sun salutation is a great way to achieve total balance, a thorough stretch and harmonious breath.

There are several ways to perform the sun salutation according to different instructors and different traditions, but the movements are basically the same.

Up until recently, western experts treated yoga suspiciously. However, medical experts are slowly changing their mind. There isn’t a lot of information regarding the benefits of yoga, but studies show that yoga may improve the general state of health by lowering blood pressure, reducing depression, alleviating pain, aiding in relaxation and increasing awareness.

Studies have linked the benefits of yoga to 2 situations: arthritis and the syndrome of Carpal tunnel. In a study conducted on Carpal tunnel it was found that those who participated in an eight week yoga plan reported significant pain relief, and a wider movement range in their hand (The Journal of Rheumatology, Vol.21, no.12).
In a study conducted in the US among 15,500 people between the ages of 53-57, which was also published in the “Alternative Therapies in Health and Medicine” journal, a link was found between weight loss at that age and the participation in yoga.

Among those who practiced yoga the average weight loss was over 2.5kg, during 10 years, compared with an average weight gain of 6kg among those that didn’t practice yoga. The researchers indicated that even though other factors might have had influence, you can’t ignore the significance of the connection between the quality of life and practicing yoga.

A new research conducted in the MD Anderson Cancer Center in Texas, USA concluded that cancer patients’ life quality among those practicing yoga during their radiation treatment period improved and also the side effects caused by those treatments were reduced. The research was conducted on 61 women with breast cancer that were chosen randomly. The women practiced yoga twice a week during their radiations. The yoga included relaxation, breathing exercises, posture exercises, meditation, guided imagery, etc. According to the research it was noted that 63% of the research’s participants claimed that practicing yoga was very helpful to them. Hampton University researchers found that a program combining yoga exercise and breathing exercises assisted teenagers to shed excess weight.

Other studies show that treating children with yoga has also helped children diagnosed with ADD and ADHD.

To learn more about the Trim Down Club click here.