Trim Down Club > Articles > All About IF > Is Whole Wheat Bread Actually Healthier than White Bread?

Yet you should know that often there’s almost no difference between most whole wheat breads and white bread.

Here’s an explanation why – and what kind of bread you should be looking for.

Total Shares 0
Be the first to share this article!
TrimDownClub, Aug 09, 2017
If you approach the bread shelf at the supermarket, you’ll find a variety of breads, most of them declaring themselves to be made from whole wheat flour.

If you are a diabetic, chances are that people will suggest consuming whole wheat breads. You probably learned that whole wheat bread has a very low glycemic index and therefore lowers your sugar level and your risk of diabetes. But is this really the case? 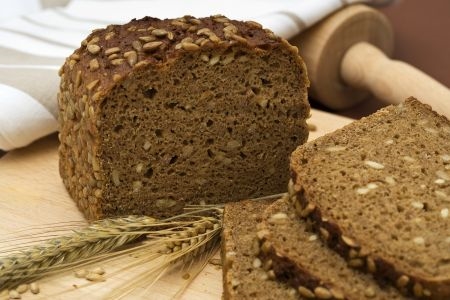 Nutritional Fibers – All About The Shape


Nutritional fibers are the shells of grains, fruits, and vegetables. We have known for over 50 years that humans cannot digest most parts of fibers, yet they still have a positive effect on our health. “Insoluble” fibers can have a positive effect on the risk of digestive system diseases, including constipation, diverticulosis, and even colon cancer, and “soluble fibers” can lower the risk of myocardial infarction, obesity, and diabetes.

Both types of fibers are important in our diets. The food industry adds these fibers to their already-processed foods and promises great health benefits–but we know that just adding the ground-up fibers isn’t as beneficial.

What is a Glycemic Index?

When we eat carbohydrates, they break down in the digestive system into small particles, which ultimately gets converted into glucose that enters the bloodstream. The rate that glucose enters your blood stream depends partly on the fiber content of the food. This is referred to as the “glycemic index”. Glycemic indices of foods are ranked from 0-100, and categorized according to low, medium, and high.

Theoretically, food that isn’t overly processed will be more complex and will take longer to break down. Therefore, we can assume that the absorption of the glucose into the blood stream would be slower and the glycemic index would be lower. For example, whole corn’s glycemic index is 53 compared to popcorn’s index, which is 72. This means that after the same whole grain altered its structure, it has a completely different effect on the blood sugar’s level.


Here’s something that may surprise you. Researchers measured the glycemic index of white bread vs. whole wheat bread, and compared them. It turns out there is no significant difference between the two.

This is bad news if you are a diabetic, pre-diabetic, or glucose-intolerant, and thought that “whole wheat bread” was a healthier choice.

Does eating bread make you gain weight? Click here to find out!

According to the United States Food and Drug Administration (FDA), a whole grain is a grain that retains its basic form with key components intact after milling. You can call a grain product “whole grain” if at least 51% of its grains are whole. The grain’s structure and the balance between vitamins, minerals, and “phytochemicals” bring about the beneficial effects, while those same ingredients in their refined and enriched form, separated from the grain, do not have the same benefits.

The label of 100% whole grain assures that a food contains a full serving or more of whole grain in each labeled serving, and that ALL the grain is whole grain. This is what you want to look for when you shop.

Research shows that consuming true whole grains compared to consuming processed grains helps you live longer, makes you feel fuller for longer, and lowers your LDL (bad cholesterol), as well as decreasing the risk of diabetes by 30%.

Which Grain is Best?

Most truly whole grain products are good for you. Research shows that people who ate rye and barley for breakfast instead of white bread had more balanced blood glucose levels not only right after breakfast, but after lunch and dinner as well, demonstrating a sustained effect.

Other research has evaluated whole grains in an even less processed state – sprouted. Sprouting of grains results in grain products with greater nutrient content and digestibility, and less simple starch and antinutrients. A very recent clinical study based in Canada and published in the Journal of Nutrition and Metabolism showed that sprouted grain bread improved the blood sugar level by lowering glucose response (related to glycemic index) and improving activity of a hormone that is also involved in appetite regulation. In overweight and obese men, the glycemic response to sprouted grain bread was lower than with other whole grain test breads, and improved metabolic responses after eating.

So what should you do the next time you’re facing the bread shelf? Don’t let the “wheat” or “whole wheat” label mislead you. Read the list of contents on the label and choose bread that contains 100% whole grain or “sprouted whole grains”.

Just like “whole wheat bread,” you may also be surprised to learn which other “healthy” foods are actually harming your health and preventing you from losing weight.

Click here to see 4 other foods that cause weight gain! 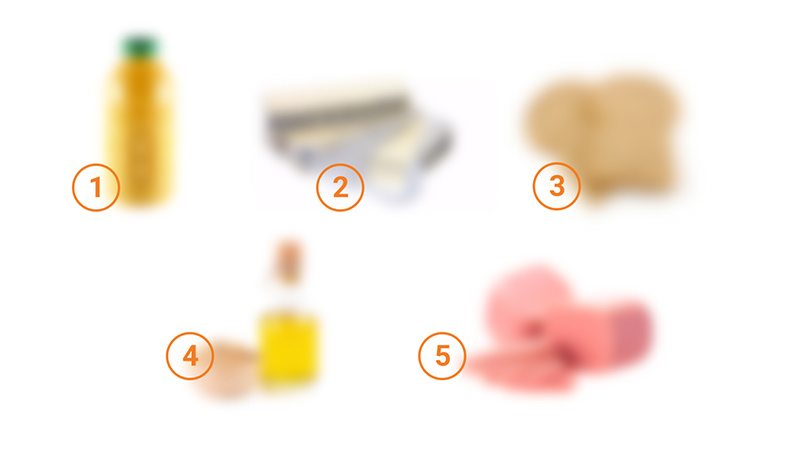