Has Coffee Gotten a Bad Rap?

Despite a lot of good research extolling the benefits of coffee over the past couple of decades, its unhealthy reputation persists to some degree – but why? What exactly is it about coffee that has people seeing vice rather than virtue?

Like many topics on health and nutrition, there seems to be a lot of conflicting information on coffee and health, at least on the surface of things. In the early days of coffee research, many considered coffee to be taboo – a contributor to poor health and something to be consumed infrequently or avoided altogether. Despite a lot of good research extolling the benefits of coffee over the past couple of decades, its unhealthy reputation persists to some degree – but why? What exactly is it about coffee that has people seeing vice rather than virtue?

Coffee has, and continues to get, a bad rap. Coffee is said to increase the risk for heart disease and high blood pressure, be linked to pancreatic cancer, cause dehydration, and leach calcium from the bones, causing osteoporosis. The question is, ‘Are any of those claims supported by the majority of research’? To be fair, earlier studies seemed to support many of these claims. However, many of those conducted decades ago were not always of the best caliber, while much of today’s research tends to be better. 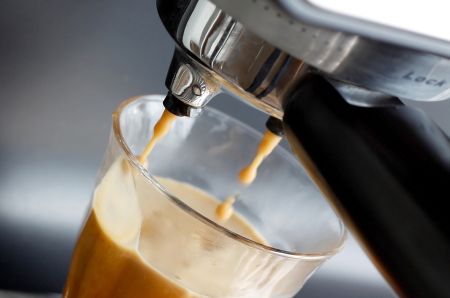 Blood pressure may increase slightly after drinking a cup of coffee, but the pressure will return to what it was prior to consumption within a couple of hours.  Any blood pressure response to coffee will become less noticeable as a person’s body adapts to the caffeine if coffee is consumed on a regular basis provided, the amount of caffeine consumed is in line with general healthy guidelines (see below).

The real question is whether long-term moderate coffee consumption leads to sustained high blood pressure that can lead to health problems. The bulk of the evidence suggests that this is not at all the case for the vast majority of the population. Having said that, individuals who have high blood pressure, or those who are prone to developing it, may find it helpful to reduce the amount of regular coffee and caffeine they consume. Using decaffeinated coffee, processed by the Swiss water method – which removes caffeine without chemicals – is also an option.

A similar misconception is seen with coffee and hydration. Nearly everyone, if not everyone, who drinks coffee has heard this one. Some go as far to suggest drinking an extra glass of water for every cup of coffee or other caffeine-containing beverage, consumed.

In a word: false. It’s true that urine production can increase somewhat after coffee or other caffeine-containing beverages are consumed, but that doesn’t mean it leads to true dehydration. Even if a few cups are consumed throughout the day, the kidneys will compensate by excreting less water later on. Coffee is not considered capable of influencing the kidneys’ ability to regulate our body’s water balance.

More than 15 published studies have found that habitual coffee consumption reduces the risk for developing type 2 diabetes. The exact reason is unclear: it may be that the antioxidants protect the insulin-producing cells of the pancreas from damage, essentially extending their life so they can keep doing their job; or a lowered risk for diabetes may be due to one of the hundreds of other compounds found in coffee, such as chlorogenic acid. Chlorogenic acid has been shown to help reduce blood levels of glucose (blood sugar), possibly by improving insulin sensitivity, helping the body to clear glucose from the blood more efficiently.

Coffee is a complex beverage. It’s best known for its caffeine content, but it also contains many other different compounds that include antioxidants such as phenol, which is also found in wine, green tea, apples, and chocolate. ‘Antioxidants’ is a fancy word for compounds that protect our cells and tissue from the ravages of oxidants, also known as ‘free radicals.’

Oxidant production is a part of life. These chemicals are produced as part of our metabolism as we breathe oxygen and digest food for energy, and are even used by our immune systems to fight off infections. These compounds can also be produced from pollutants like smog, smoking, alcohol, sunlight, and unhealthy foods.

Oxidation is best illustrated in the example of an apple or avocado that turns brown when it is exposed to the air, antioxidants do for the body what lemon juice does to prevent browning of fruit.

Coffee’s health benefits are largely attributed to its high antioxidant content, which may explain why moderate coffee consumption appears to be protective against liver cancer and cirrhosis, Parkinson’s and Alzheimer’s diseases, stroke, and heart disease.

Should we drink to our health?

Coffee is one of the world’s most popular beverages. While it has been unfairly vilified over the years, more recent research demonstrates that it’s not to be seen as a vice, but rather as a beverage to be enjoyed. As with all things, it is to be enjoyed, if not respected, in moderation with an ease of mind and guilt free.

When it comes to caffeine consumption, it’s best to follow general healthy guidelines. Exact recommendations will vary from country to country but generally speaking: