American researchers revealed that eating white rice on a daily basis can significantly raise the chance of developing type 2 diabetes mellitus. The reason: white rice contains relatively small amounts of vitamins and nutritional fibers. Every 158 grams a day of white rice increases the chance of becoming a diabetic by 10%.

Total Shares 0
Be the first to share this article!
TrimDownClub, Dec 31, 2013

If you’re an unlimited eater of Asian restaurant cuisine, be warned: new research reveals that white rice may significantly increase the chances of developing type 2 diabetes, according to the British Medical Journal.

White rice is the most consumed type of rice in the world. China is the country with the highest consumption of rice: the average Chinese consumes 4 servings of rice per day.

White rice, which is highly refined, has a low amount of healthy nutritional compounds compared to relatively unprocessed brown rice, which contains nutritional fibers, magnesium, and vitamins, some of them shown to be protective against diabetes. Studies report that because of low amounts of those nutrients, too much white rice can negatively impact health. 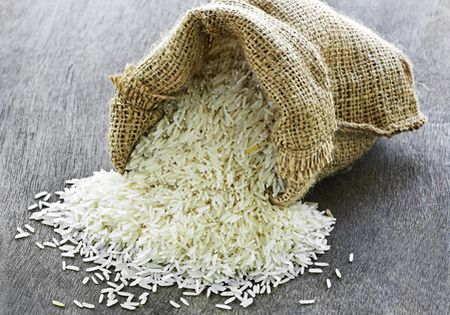 Researchers at the Harvard School of Public Health examined previous studies that examined the link between eating white rice and diabetes, to see if the risk is linked to the amount of rice consumed or to the Asian origin, where it is custom to consume large amounts of rice.

The researchers concluded the findings of four studies: two from Asian countries (China and Japan) and two from western countries (United States and Australia). All the subjects were healthy and didn’t have diabetes at the beginning of the study.

The study showed a similar trend both in Asia and in the west: as more white rice was consumed, the higher the risk for developing diabetes . Every 158 gm (approximately 1 cup) of rice consumed per day increased the chance of developing diabetes by 10%.

“Higher white rice intake is associated with a significantly elevated risk of type 2 diabetes,” the researchers wrote, noting a “dose-response relations,” meaning that the greater the amounts of rice you consume, the greater the risk of developing the disease. Greater risk was observed among the Asians in the study, due to the larger amounts of rice they consume relative to most westerners. The researchers recommended brown rice over white rice, which can decrease the proportion of diabetics.

Adult diabetes usually appears after the age of 40, and is caused by a reduced sensitivity of the body to insulin. In this case, the pancreas secretes increasing amounts of the hormone, until a complete depletion of its ability to produce insulin. Many of these patients, who at early stages are treated with pills, are ultimately forced to inject insulin every day. Type 2 diabetes can be caused by an combination of overweight, poor eating habits, or inadquately physical activity, usually with a family history. The global obesity epidemic, which stretches across all ages, has meant more and more children are also getting this “adult” type.

To learn more about the foods you should never eat, click here.