The raw and living food trend is growing in popularity around the world. Not just for celebrities anymore, raw and living food diets are beneficial in supporting good physical and mental health, heightened energy levels and a slim and attractive body.

Total Shares 0
Be the first to share this article!
TrimDownClub, Jan 22, 2014

What are living foods?

Raw and living foods include all types of unprocessed, uncooked and usually organic foods such as raw vegetables and fruits, sprouted seeds, nuts, legumes, and grains, and sometimes fish, eggs, meat, and raw dairy products that are non-homogenized and non-pasteurized. There are certain raw foods that are prepared with heat below 115°F and/or dehydration. It is believed that certain enzymes are present in the raw and uncooked foods that help in the digestion process, and that cooking destroys these enzymes and may also lead to the formation of certain toxic substances in the food. 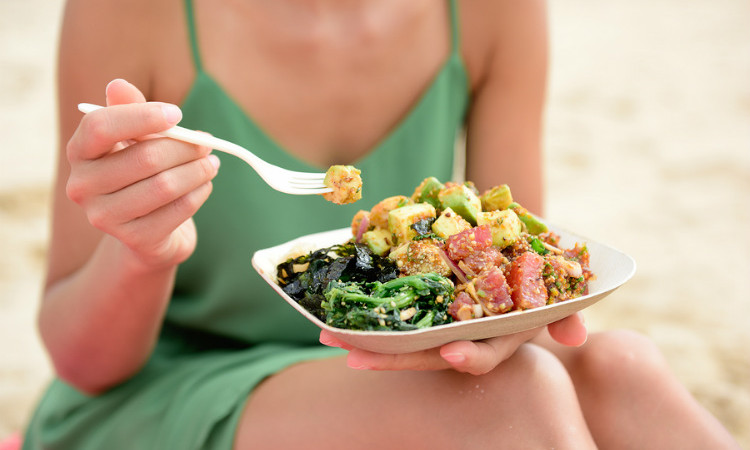 What is the difference between raw and living food?

Both raw and living foods are uncooked or not fully cooked, and hence they contain natural enzymes. However, a subtle difference exists between the two kinds of foods. The enzymes present in the raw foods are in the dormant state, whereas in living foods they are active and also present in larger quantity. For instance, enzymes present in raw un-sprouted grains are in the dormant state, whereas once these grains are sprouted the same enzymes are activated and nutrients are more available to the body.

Raw and living food diets are usually categorized as:

Raw Vegan Diet: One of the most common and popular of all living food diets, raw vegan diet includes all types of uncooked and unprocessed foods obtained from plants such as raw vegetables and fruits, seeds and nuts. There are certain specialty subgroups of this type of diet including:

Raw Vegetarian Diet: In this diet all types of meat, fish and poultry are excluded. Raw plant-based foods, dairy products and eggs are included in the raw vegetarian diet. The foods that are consumed in this group include raw vegetables and fruits, nuts, seeds, eggs, dairy, honey and sprouted grains.

Raw Animal Food Diet: In this type of diet all types of food that can be eaten in a raw, uncooked form are included. These foods are eggs, dairy, raw muscle and/or organ-meats, fish, fruits and vegetables, as well as fermented fish and meat.

What is the difference between a vegetarian diet and a raw/living food diet?

What are the benefits of eating raw/living foods?

Eating a diet rich in raw/living foods has been reported to yield multiple health benefits, some of which are as follows:

What are the drawbacks of eating raw/living foods?

Raw and living foods diets have been reported to add vitality, both physical and mental. When managed by careful planning, key elements of both – such as high intake of fruits, vegetables, unprocessed foods, and sprouted plant-based proteins and grains – may make a difference for your health and weight management success.

Regardless of your dietary needs and preferences (vegan, vegetarian, gluten-free, and yes, even raw food) the Trim Down Club will support your weight loss and health goals. Our unique Menu Planner app lets you create weekly meal plans based on the foods that you love to eat.

To learn more about the Trim Down Club, click here.