Mindless eating simply refers to the behavior of eating without noticing. We all do it to some degree. Most of us don’t overeat because we’re hungry, but rather because of other external influences, such as prompts in our environment ‘telling’ us to eat – whether it’s a TV commercial, a fast food advertisement on a billboard sign, or the person behind the counter asking us if we ‘wanted anything to eat with that?’ when we order a cup of coffee. We simply lack awareness of what powers our decision to eat, what to eat, or how much to eat.

Total Shares 0
Be the first to share this article!
TrimDownClub, Jun 16, 2013 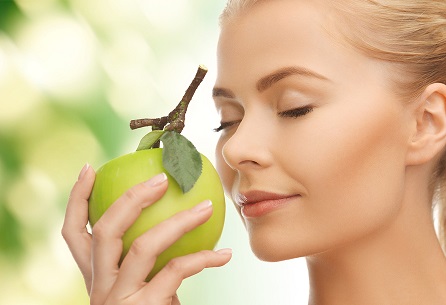 We may overeat because we don’t want to offend friends and family if they’ve prepared a large meal for us. Others among us are made to feel guilty if they only eat a little amount or skip dessert. Less obvious influential factors include the size of our plates or the package that food comes in, sights, smells, or even lighting. One of the more well-known researchers on the topic is Brian Wansink, Ph.D., who wrote the book Mindless Eating.

Dr. Wansink’s research has shown that the average person makes around 250 food-related decisions every day. A seemingly innocent trip to the coffee shop reveals that there’s more involved than meets the eye: what size coffee? cream, milk, or soy? Sugar or no-carb sweetener? If I get a large, do I use more sugar? Do I buy a pastry to go along with it? Do I take a sample of pastry that’s at the cash register? It’s estimated that over 90% of those decisions are unconscious, and the key to success lies in increasing awareness of our food related choices.

Becoming more mindful requires some effort up front to find out where your mindless eating is most problematic. Remember, we all do it to some degree. Reflect on your own situation to see where your blind spots are: meals, snacks, food court, restaurants, weekend dinners at your parents, watching TV, reading, or the office in front of the computer. Then consider some of the following tips, which studies have shown can help us to eat less:

It’s important to stress that mindful eating is not meant to become something to overly focus on. Eating shouldn’t be that complicated, but rather by reflecting on some of your eating habits, triggers, and behaviors, you may discover some things about your own eating that you were completely unaware of. And then you have the ability to choose.

Trim Down Club helps you choose the right foods.