Ancient Wheats are Making a Comeback

Back to the Future: Older-and-Wiser Wheats are Making a Comeback

Wheat has become a hot issue in health, due to increasing reports of sensitivities.

Whether it be gluten or other fractions of the grain, even the relatively unprocessed whole wheat products available today seem to be less tolerated than they once were.

Total Shares 0
Be the first to share this article!
TrimDownClub, Aug 27, 2015

However, common wheat varieties such as semolina and durum are just some of many different types, and this has been observed to make a difference. Some of the lesser-known that were more widely used in previous eras—referred to as “ancient” or “heritage” wheats—are steadily regaining attention today because of their relatively high tolerability and nutritional value.

Like wheat, these grains can be milled into flours for baked goods (breads and pastries alike) or to thicken sauces and bind other food products, though for bread doughs, they require additional time to “rise” and form gluten bonds. They can also be eaten whole, prepared and served like to rice. Also similarly to other grains, some are available refined, which will not provide the same health benefits as their whole forms. Whole grains have been linked to protection against chronic diseases such as diabetes mellitus, cancer, and cardiovascular disease. 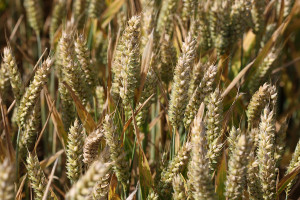 Einkorn is considered by many to be the original wheat. It was first domesticated in ancient Turkey and cultivated in Mesopotamia (specifically, modern-day Iraq), and is a traditional bulgur/bourghul grain. It continues to be grown in these areas, and its popularity is spreading throughout the world. Though einkorn contains gluten—and is therefore still considered off-limits for celiac sufferers—the gluten is structured differently, and so is tolerated by some people with mild non-celiac gluten intolerance. However, this difference makes einkorn bread doughs and cake batters sticky and/or gummy, so it is recommended to add a second flour to these mixtures. Einkorn offers high amounts of fiber, protein, B-vitamins (specifically, B1 and B6), carotenoids (including those with vitamin A activity), the essential minerals iron, manganese, potassium, selenium, and zinc, and phytonutrients suggested in clinical research to be protective against chronic disease, such as tocols, conjugated polyphenols, fructans, alkylresorcinols, and phytosterols. 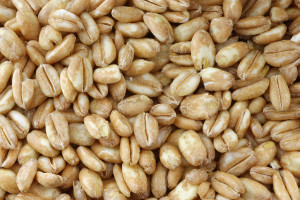 Emmer, also known as “farro,” is one of the original grains grown and used in the Fertile Crescent (ancient Mesopotamia). It can be substituted for regular flour, but is particularly useful for pastas—therefore very popular in Italy—and is otherwise similar to spelt, with which it is often confused. Emmer/farro is naturally high in protein, fiber, B-vitamins (especially B3), carotenoids, the essential minerals selenium and zinc, and phenolic compounds suggested in clinical research to be protective against chronic disease. Its taste has been described as earthy and nutty, and its texture as chewy. 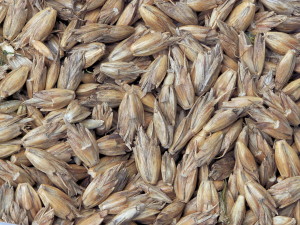 Spelt has been more commonly known and used than other ancient wheat varieties. It is lower in gluten than modern wheat, and many people with non-celiac gluten intolerance have reported better tolerance of spelt compared to regular wheat. Despite having less gluten, spelt has overall more protein, and is used successfully to make bread. It also offers high amounts of fiber, B-vitamins (especially B1 and B3), the essential minerals copper, magnesium, manganese, and zinc, and polysaccharides and phenolic compounds suggested in clinical research to be protective against chronic disease. Its taste has been described as slightly sweet and nutty, and its texture as somewhat more dense than regular wheat. While spelt is sometimes called farro (e.g., in Germany and Switzerland), it is not true farro. 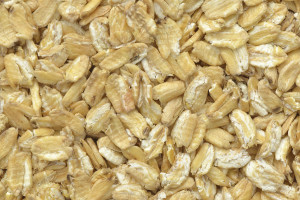 Khorasan wheat is of Egyptian heritage, trademarked in the modern era as Kamut®. It is slightly lower in gluten than modern wheat, and this together with a lack of hybridization has resulted in easier assimilation for some wheat-sensitive people. It has one of the highest protein contents of any grain, as well as generous amounts of fiber, B-vitamins (especially B1 and B3), the essential minerals copper, magnesium, manganese, selenium, and zinc, and phenolic compounds suggested in clinical research to be protective against chronic disease.

Ready for some MODERN wisdom? There are 5 foods you need to avoid at all costs!