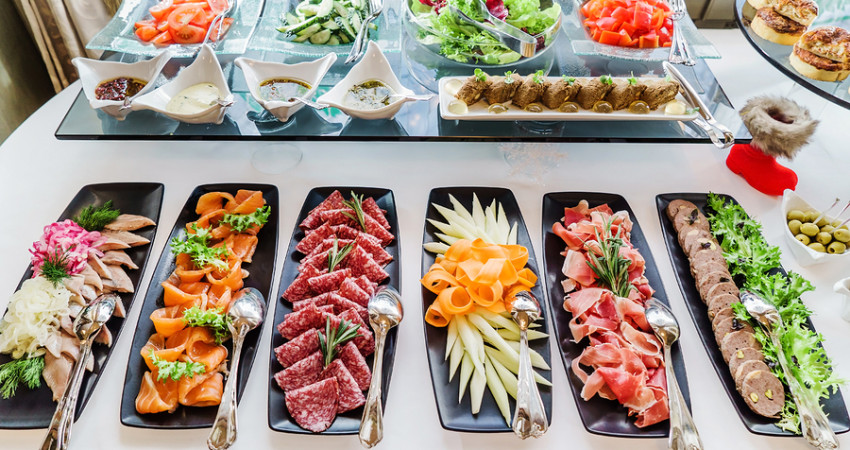 This means that eating smaller and more frequent meals may be associated with a more moderate immune system reaction than with larger meals, even if there are fewer throughout the day.
Scientists are still unclear what triggers this reaction, but one of the more reliable theories is based on the fact that a substantial part of the immune system is centered in the intestines, since that is one of the main entry points for germs and other threats into the body. Every time we swallow something, the immune system activates its “patrol” to make sure nothing is trying to infiltrate our major organs.

During the digestive process, the food breaks down into smaller molecules to allow their absorption in the small intestine. Ideally large and complex proteins should break down and be digested fully, to the level of their basic particle – amino acids. Proteins have a natural basic ability to trigger the immune system and cause an overreaction (sensitivity or allergy), but amino acids are not large or complex enough to trigger such a reaction. Agents that trigger immune reactions are also often proteins, known as antigens. To keep them from crossing the intestinal wall (the safety barrier between the bowels and the rest of the body), the digestive system needs to be strong.

Much research has been conducted on these antigens. It has been found that about 2% of the antigens found in foods cross the intestinal lining and activate the immune system. Once these antigens infiltrate the body, the chances of an immune system reaction increase. This process is one of the ways certain people develop food allergies.

It has been suggested that limiting meal size enables the digestive system to function more efficiently, to break down antigens more thoroughly, and to not overload the intestinal barrier, thus rendering it able to efficiently protect the body from antigens and microbes. Therefore, eating smaller amounts of foods at a time may be a powerful tonic for the immune system.

It is becoming clearer in another way as well that to live a longer and healthier life,  reducing the amount of food we eat – more accurately, limiting the amount of calories – may be fundamentally beneficial, beyond prevention of disease and immune overstimulation. It has been repeatedly found in animal studies that limiting caloric intake to only that needed for basic bodily functions has a profound beneficial impact on the process of aging and the lifespan. In multiple research studies with laboratory animals, it was observed that if food/caloric intake was decreased by approximately a third, the lifespan increased by 30%-40%. In human terms, if we take our current lifespan in the western world, which is about 75-80 years despite excessive intake, we may be able to reach an average lifespan of 100 years by “right-sizing” our food intake.

However, when people are asked to consume less, a problem arises: the psychology of deprivation. It would take blind obedience to have people maintain a consistently low-calorie diet. The feeling of deprivation can stir various negative feelings. If you cheat, you feel bad later; or if you succeed in maintaining a strict restrictive diet for a certain period, you may overcompensate eventually, eating more than you ever ate before.

So what can you do?

A sound method is to eat a light snack whenever you feel hungry, which should be about every 2-3 hours. When this happens, you can nibble on a low-fat snack, like a handful of raisins or peanuts. Main meals should be balanced combinations of multiple food groups, but each portion also just a handful.

By eating small amounts of food frequently, immune system activation could be mellowed. In fact, you could even say that every large meal that is “right-sized” translates to prevention of accelerated aging, and the cumulative effects may slow the hands of time. A reasonable diet that supplies adequate nutrition with reduced volume may just be the fountain of youth.

Learn how to create balanced meals for weight loss with the Trim Down Club.