Should I be on a gluten-free diet?

Trim Down Club > Articles > All About TDC Diet > Should I be on a gluten-free diet?

It can take a while for a health craze to really take off. The first folks to hear about it are often in a much smaller wellness-focused community, and by the time it gets to the rest of us it may have taken on a life of its own.

Some might argue that that’s what happened with the gluten-free diet. What started as a doctor-ordered treatment for celiac disease has turned into a phrase that we all know well: “gluten-free.” But what is gluten, anyway? And why are we running from it? Should I be on the Gluten-Free Diet?

Total Shares 0
Be the first to share this article!
TrimDownClub, Sep 10, 2015 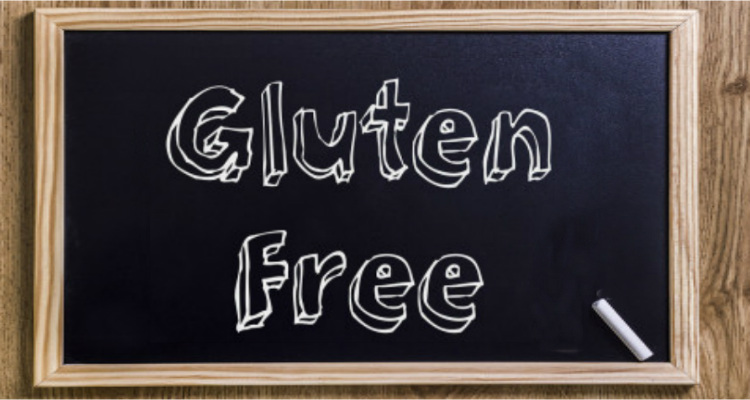 First off, gluten is not a synonym for “wheat.” Gluten is not something that grows in a field, or even something that you would recognize if you saw it yourself. It’s a protein composite, which means that it comes from two proteins (gliadin and glutenin).

There’s definitely a reason why a lot of people think “no gluten” means “no bread,” though. Gluten is a protein that’s crucial to the baking process, at least the baking process that most of us are familiar with. Gluten has a sticky consistency, so when you take a ball of dough and set it aside to rise it’s really the gluten that holds the dough together and keeps the gas from escaping. Gluten-free products are improving as the gluten-free trend expands, but for a long time baked goods without gluten were said to be dense where they’d otherwise be airy.

Giving up gluten is a challenge at first, as it’s found in more foods than you might have guessed. Gluten shows up in wheat, barley, and rye, but there’s more to it than that (which we’ll get to). Unfortunately, part of living gluten-free is living without cross-contamination. Cross contamination happens when a naturally gluten-free product (such as corn, potatoes or rice) is processed using the same equipment that processed something containing gluten.

When a person goes on a gluten-free diet, it’s usually because they find that gluten either irritates their body or seriously harms them. That means that cross-contamination is a real risk, even if it just allows traces of gluten to enter the body. Keeping to a gluten-free diet involves a lot of research and planning, and it can be hard to get used to in the beginning.
Why go to all this trouble? There are different reasons, with varying levels of intensity.

What Foods Have Gluten?

Whatever your reason, once you’ve chosen to avoid gluten it can take some work to understand all that your commitment involves. Grocery shopping can be difficult if you aren’t aware of some things: for example, foods labeled “wheat-free” might not be gluten-free. While the safest option is to shop for products that specifically say “gluten-free” on the packaging, this isn’t always possible. In those cases, be sure to read the full ingredient list and to read it often—companies have been known to switch ingredients over time.

For the first month or so that you’re shopping gluten-free, it might be helpful to carry a gluten-free cheat sheet—or rather, a gluten cheat sheet. Thanks to the Celiac Disease Foundation, we have reproduced a list of four different categories of gluten-containing and potentially gluten-containing products at the bottom of this article. Just watch out for these, and be sure to read food labels.

Nothing! Unless you have celiac disease (or NCGS) there is absolutely nothing wrong with gluten.

Once the gluten-free diet crossed into popular culture, articles started cropping up (online, but not in peer-reviewed journals) stating that a gluten-free diet would lead to weight loss. It’s possible that people meant that going gluten-free would force a person to eat more vegetables—something that is even harder to motivate yourself to do when you’re already on a self-imposed limited diet. Or it’s possible that people meant that going gluten-free would limit bread, which would limit empty carbs, which would—with exercise—trim off a few pounds. In reality, the only weight-related aspect of the gluten-free diet is that those with previously-undiagnosed celiac disease—malnourished after years of not being able to absorb nutrients—were finally able to gain weight.

One real opportunity for weight loss though probably comes from the fact that people on the diet are finally paying attention to what they eat. The process of turning out their pantry and cupboards, removing all traces of gluten is bound to result in them clearing out a lot of processed (junk) foods that are really unhealthy and that are adding on the pounds.

Should I Give Up Gluten?

If gluten is harmful to you, chances are you already know that. If you think you know that but you aren’t sure, get tested for celiac! While right now it might just feel like bloating and GI issues, celiac can be very dangerous if left to its own devices over the decades.

It would be nice to think that taking on a gluten-free diet would jump-start your new, healthy lifestyle. It would be nice to imagine that all it takes is saying no to gluten and you’re suddenly forced to purchase heaps of vegetables and learn to cook them. But here’s the thing: in most cases, self-imposed diets are less effective as they become more extreme.

By depriving yourself of something that may be perfectly healthy, you push your willpower over the edge and risk the feeling that you have “earned” the right to binge on something you wouldn’t have otherwise. People who take on the gluten-free diet unnecessarily are also forcing themselves to take intense measures to balance and plan their meals, as gluten-free diets can be nutrient-deficient if not approached with care—using whole grains, for example—and make you work to take in what you need.

One consideration: If you can eat gluten, do eat gluten. There’s the simplicity angle, and the taste angle, and the birthday-cake angle, but the most important thing to keep in mind is your own health. You could read a thousand articles on how a celebrity lost weight on the gluten-free diet, and it still wouldn’t change the way your own body reacts to gluten. If it reacts well (read: meaning not at all), then stick with what’s working. One of the most important steps to a healthy life is understanding yourself—that means knowing your body, knowing your mind, and knowing whether limiting your options will bring your pleasure or pain. Form a clear picture of yourself, and you’ll have a clear picture of what makes you thrive.

Foods that may contain gluten, unless otherwise specified:

Foods that may contain gluten (must be verified):

Most distilled alcoholic beverages and vinegars are gluten-free. These distilled products do not contain any harmful gluten peptides even if they are made from gluten-containing grains. Research indicates that the gluten peptide is too large to carry over in the distillation process, leaving the resulting liquid gluten-free.

Wines and hard liquor/distilled beverages are gluten-free. However, beers, ales, lagers, malt beverages and malt vinegars that are made from gluten-containing grains are not distilled and therefore are not gluten-free. There are several brands of gluten-free beers available in the United States and abroad.

Other items that must be verified:

Presentation on 5 foods that are Holding you Back!