Trim Down Club > Articles > All About TDC Diet > Is Rice Gluten Free?

Living a gluten-free lifestyle can be challenging, at least at first. What foods are gluten-free? Is rice gluten free? What are my choices?

It takes time to adjust to what is and isn’t an acceptable meal plan, and everything from your outlook on dietary needs to your creation of a weekly grocery list may need to change dramatically.

Total Shares 0
Be the first to share this article!
TrimDownClub, Jul 23, 2015

Of course, all change can become second-nature eventually, and most veteran gluten-free folks you’ll meet are actually quite happy with their diets. That’s because they’ve taken the time to educate themselves, to make a few mistakes, and to generally get comfortable and appreciative of this new routine.

If you’re looking to do the same, the chalkboard is a good place to start. Reading up on what gluten is and how to avoid it can go a long way in helping you to understand your own body.

When most people are asked this question, they reference wheat, barley, and rye. While these grains are easy for us to make sense of, they aren’t actually gluten. Gluten is a natural protein composite (made of gliadin and glutenin) found in several common grains. The reason gluten is so often associated with or found in baked goods is because it plays a crucial role in the science of baking. Gluten gives shape to starchy food, and helps to hold it together. Imagine a ball of dough rising on the counter: the gases from fermentation and added yeast may cause the reaction and rise, but it’s gluten that holds the dough together and keeps the gases trapped in a steadily rising bubble.

If you’re on your way to a gluten-free diet, that means giving up all foods with traces of gluten. It would be nice if that were something simple and easy to remember, like “no bread.” But of course, it’s more complicated than that.

Roads to a Gluten-Free Life

You could say that there are two paths to a gluten-free lifestyle, but most people typically depend on a mix of both. 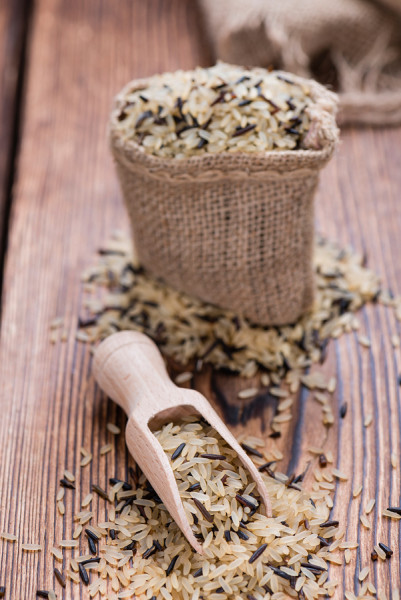 One way to manage a gluten-free diet is to try to replicate your old diet. That means going to a gluten-free bakery or health foods specialty store, where you’re sure to find dozens of gluten-free versions of traditionally gluten-containing products—gluten-free bread, cupcakes, cookies… While this method may keep you from feeling deprived (a birthday party without cake? No!), it often involves overly processed and refined foods, so to live by it alone can be just as unhealthy as relying on bread without including any other food groups.

The second approach is to step away from those old favorites, and embrace this period of change in your life as an opportunity to commit to a balanced diet. There are so many foods which do not need special gluten-free recipes and factories, foods which are naturally in sync with your body’s needs: vegetables, meat, fish, fruit…

If you’re going to take on this challenge, you know that it’s all about balance. And as enthusiastic as you may be about that balance in the beginning (making lists of exotic fruits and vegetables, buying a gluten-free cookbook), you should stay realistic about your long-term goals. It’s just human nature to have a go-to staple, and yours can’t be bread. We recommend rice as a gluten-free alternative to keep you going in its many different incarnations.

Rice itself is inherently gluten-free. However, there are many different kinds of rice imported from countries all over the world and processed in various ways. Like other grain products, it is important to ensure there is no cross-contamination with gluten sources—though this is much rarer than with products such as oats.

One of the great things about making a conscious effort to include more rice in your diet is that you are not limited to refined white rice—you’ve got whole-grain brown rice, long-grain basmati rice, wild rice, exotic black rice, and plenty of others.

Keep in mind, the gluten-free assumption only works with packages of plain rice (and a clearly-labeled “gluten-free” package wouldn’t hurt!). Once we get into the territory of prepared rice, things are a little murky.

Rice mixes are meant to make your cooking life easier. Want some jambalaya-destined dirty rice? Asian-style stir-fry? Mexican taco seasoning on red rice? Delicious as those options may sound, there’s actually a pretty high chance that these convenient mixes contain gluten. Gluten is usually used as a thickener in these cases, or as an ingredient in soy sauce. Soy sauce is usually made with a wheat-based starter, as are any sauces based on soy sauce, e.g. teriyaki sauce, though gluten-free versions are available.

If you don’t want to miss out on these exotic rice mixes, there are two ways around the gluten issue. As with almost anything you might miss from your old gluten-eating life, there’s probably a substitute out there. Head to a health foods store and look for rice mixes that are clearly labeled “gluten-free.” That way, even if the ingredients are safe you won’t have to worry about cross-contamination (more on that below).

Alternatively, you could take to the kitchen and do it yourself! Buy a gluten-free cookbook (or don’t—there are plenty of great resources online like the Trim Down Club), and try to identify exactly what it is you’re missing when you can’t purchase your old favorite rice mixes. Start from the ground up, and work your way through a recipe that keeps what you love about, say, Mexican rice, and doesn’t include any gluten. If you’re worried about the time and convenience you’re missing out on, consider buying a rice maker and/or setting aside a couple hours on Sunday afternoon to plan and prepare your weekday dinners so that you can get your portion sizes right and freeze them for later quick reheating as needed. 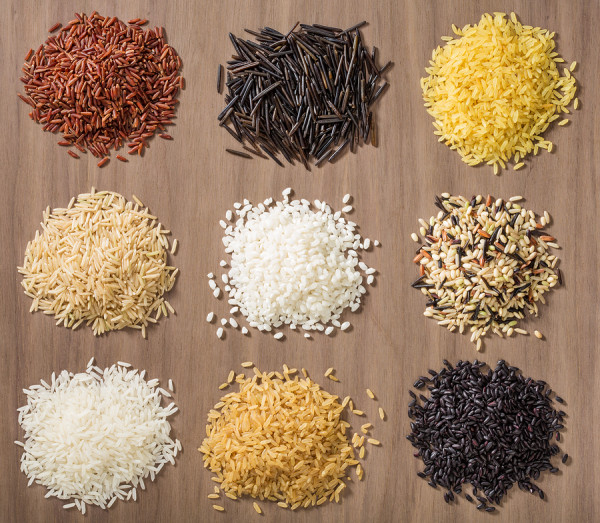 First off, when you’re on a strictly gluten-free diet, you may need to rethink your kitchen. If you’re living alone, this is easy: just give away or throw away all of your gluten-containing products, give your space a thorough cleaning, and discourage friends from bringing gluten into your home. If you live with other people—other people who don’t share your diet, that is—it might be more difficult. Try talking to them about setting aside a separate part of the kitchen for your gluten-free ingredients. It shouldn’t take up too much space (remember—most “normal foods” such as fruits and vegetables can be shared with everyone), but you should at least keep your gluten-free grains and related products separate from those of your housemates.

What’s the big deal? Cross-contamination. Cross-contamination can happen in two different ways. In one scenario, a food is naturally gluten-free, but then is processed in the same factory (or even by the same machinery) that has processed gluten-containing products. In this case, the product label really should contained “may contain traces of gluten.” Some people who don’t have Celiac disease find this to not be a problem, but if you do have the condition or are just starting out your gluten-free diet just now and want to really observe your body’s reaction to staying away from all traces of gluten, it’s best to avoid these.

In another scenario, you purchase a gluten-free food (let’s say, basmati rice), and you put it on the shelf next to your roommate’s bag of wheat flour. If any of his or her flour gets into your rice (and let’s face it—flour is a mess waiting to happen), you now have cross-contamination, and your rice may contain a little bit of gluten.

Unless you’re worried about the second scenario (which you shouldn’t be, as it’s so easy to keep your grains separate!), it’s good to know that cross-contamination is very rarely an issue with rice during the harvesting and processing stages. Rice, unlike oats, is not grown alongside wheat—it needs a warmer climate, and to be grown in flooded fields. This means that when you purchase a bag of rice, it has been planted, harvested, and processed far from any traces of gluten.

Rice and the Gluten-Free Diet

Though you’ll still want to take a look at the labeling and keep it stored apart from any gluten-containing products, at the end of the day rice is a safe food for those on a gluten-free diet. Many find it to be a real comfort over the months and years of adjusting to a gluten-free diet, as it may come to take the place of old staples such as bread. If you remain conscious about the way you purchase and prepare rice, you’re sure to enjoy the nutritional value and diverse flavors and preparation options of rice.

Gluten isn’t the only thing to watch out for though…